1999 oil on canvas, the background and "atmosphere"was inspired by Caspar David Friedrich's, The Monk by the Sea, 1808 , (Alte Nationalgalerie )... Friedrich was a 19th-century German Romantic landscape painter, generally considered the most important German artist of his generation......
The black dress was loaned to the Duchess for the portrait by Birgit Kroencke wife of Sir Christopher Lee ( actor, Saruman in Lord Of The Rings and Francisco Scaramanga in The Man With The Golden Gun. )..
In the Sitter's right hand is a gold locket with The Duke's face, a close-up of my portrait of him from a few years earlier. 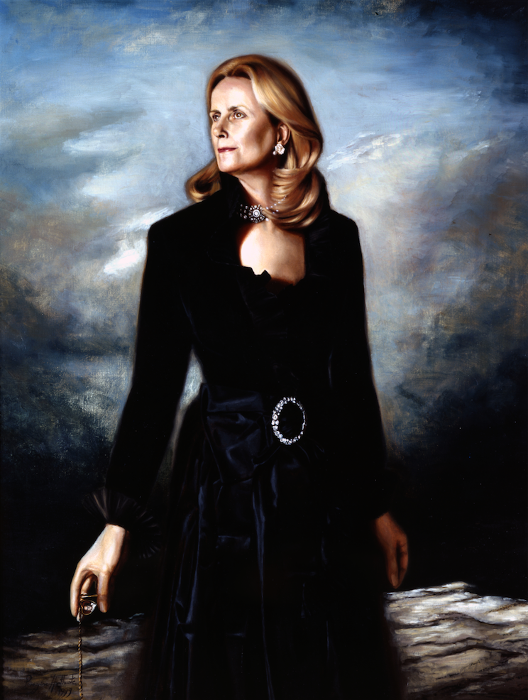